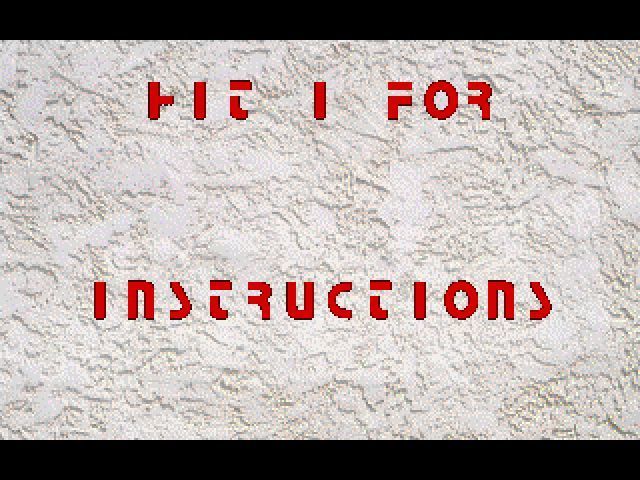 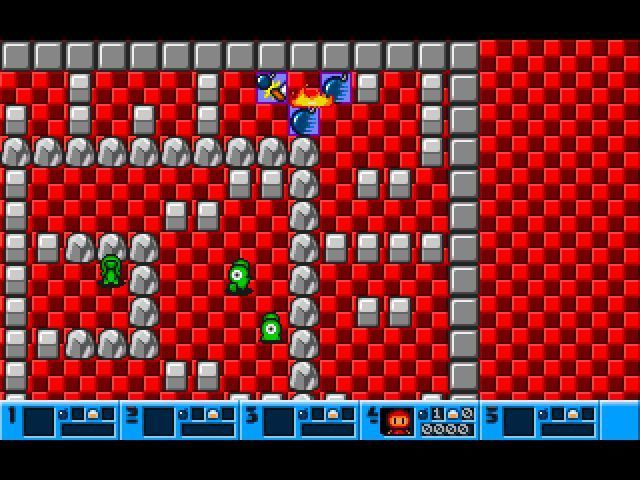 I Can't Believe It's Not Bomberman is Dodgy Posse's tribute to Hudson Soft's classic game Bomberman. The game is played via the keyboard and has two game modes, Adventure mode and Battle Mode, and three different sizes of game area. In Battle mode the player plays against a computer controlled bomberman, in Adventure mode the player is pitted against large numbers of fast moving baddies over a preset number of maps. In both types of game the objective is the same, clear the map of baddies in order to proceed. Some of the blocks that separate the player from the baddies will reveal power ups such as extra speed, remote bombs and a 'freeze all the bad guys' power up.