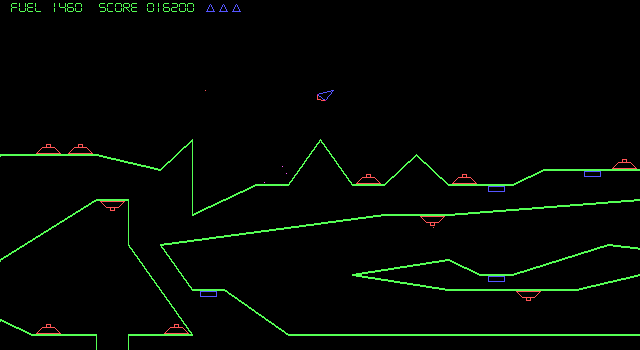 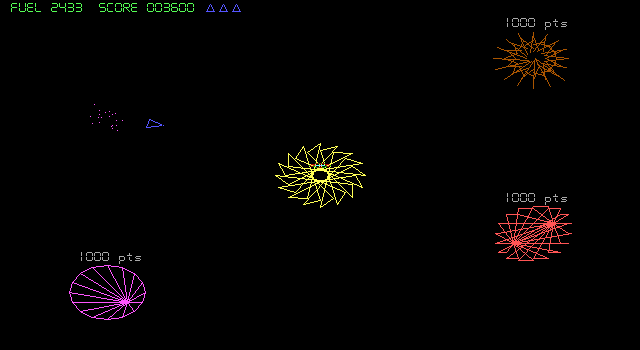 Graviton is a space shooting game with vector graphics, based on the arcade game Gravitar. The object is to conquer all planets spread out over four solar systems. The player controls a blue triangle space ship in a similar fashion as Thrust, and the game features simple physics with gravity and inertia. The game starts in the solar system screen and the player can fly around to select a planet. The ship gravitates towards the sun and the player must avoid hitting it. In the galaxy screen, the player can encounter UFOs. When moving too close to an UFO, the game will zoom in on the encounter and the player has to fight the UFO while avoiding its bullets. Fly into a planet to enter the planet surface and destroy all gun turrets. When all turrets are destroyed, the player can fly all the way up to go back to the solar system screen. The planet will explode and the player can move on to the next. Press Z and X to rotate the ship left and right, press DOT to thrust to move around and press SLASH to fire. Pressing space will activate the shield to avoid getting hit by enemy bullets. When close enough the player can pick up extra fuel by hovering over the fuel dumps, represented by blue rectangles, and activating the shield.