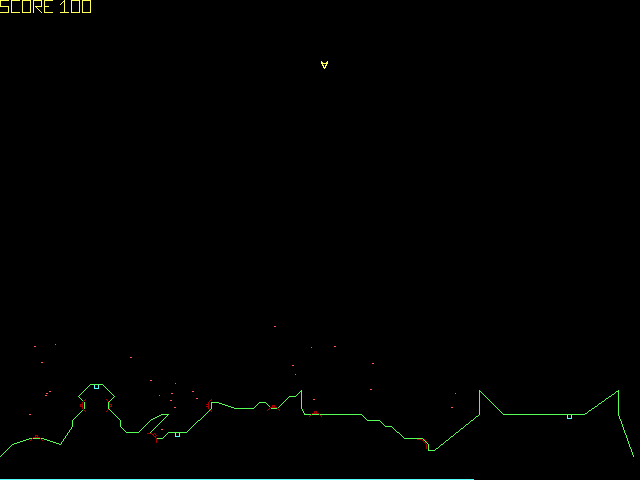 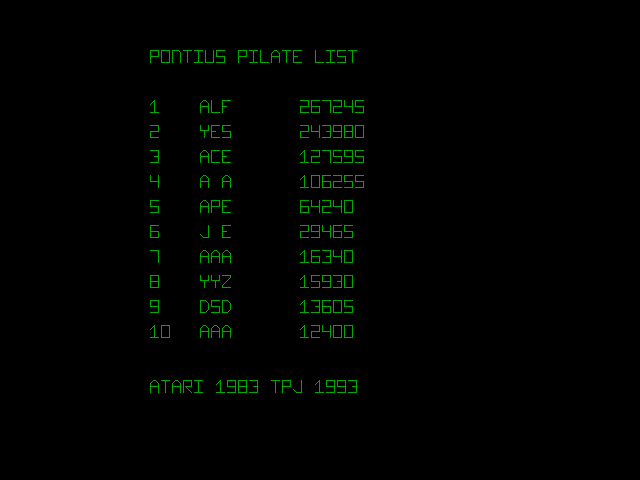 Gravitar is a pc version of an older game game originally released by Atari Being a copy of a game from the early 1980's Gravitar uses the same minimal graphics which is similar in style to the early Asteroids games. The player starts in space with their little space ship, in the centre of the screen is a sun from which pairs of enemy ships are randomly launched. In the corners of the screen are icons representing gateways to four worlds. When the player flies through a portal the game screen changes and the player must manage their descent as they approach the planet surface, a bit like Lander, the object however is not to land but to destroy the planet's reactor and then get out before the planet explodes. Shields are available, each planet has defensive gun turrets, but these use up a lot of fuel but the player can refuel by hovering over planetary fuel dumps.