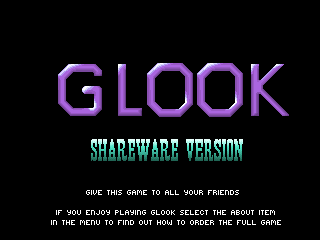 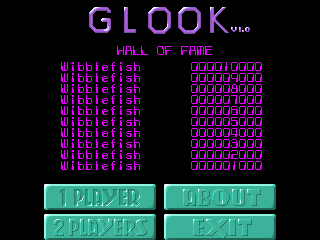 Glook is a side-scrolling shooting game similar to Defender. The player controls a small armed flying craft and must fend off invading aliens that try to abduct humans. To complete a stage, the player needs to destroy all Hunters, the aliens that that can capture humans, but there are also other types of aliens that attack the player. Glook can be played by one or two players on the same computer. In a two-player game, players take turns to fight the aliens until either the stage is complete or they run out of lives.