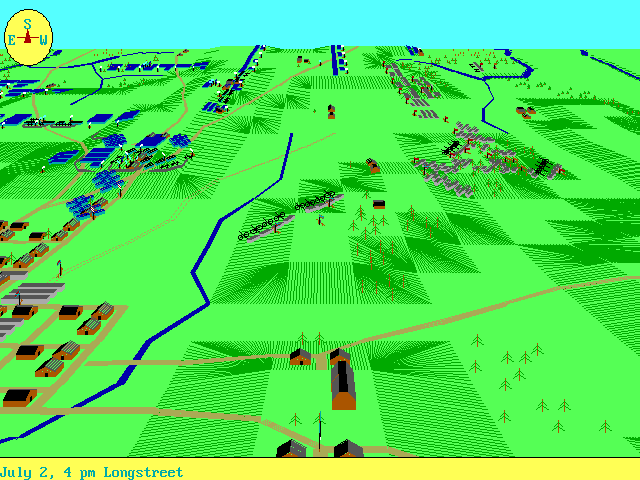 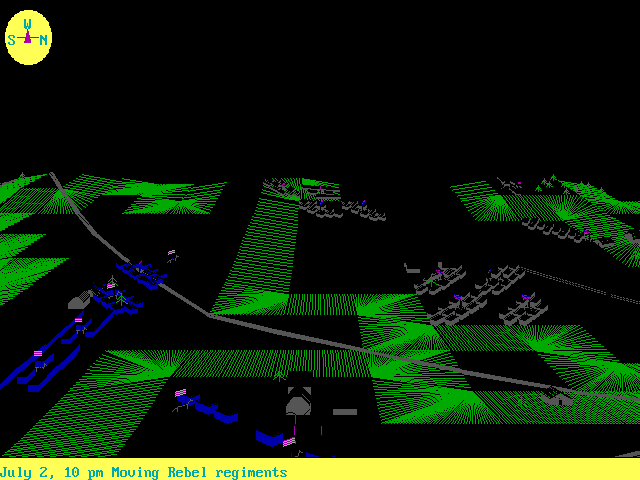 Gettysburg is a wargame simulating the Battle of Gettysburg (fought on July 1-3, 1863), the turning point and one of the bloodiest battles of the American Civil War. You may choose to command either Union or Confederate forces, it is also possible to play a two player game or watch the computer playing both sides. As in the previous games in this series, the player is observing the battle area through a 3D perspective, while issuing commands by typing in certain pre-defined text elements (combined with names of commanders, places and time of execution). You will get reports from your officers indicating whether or not your orders have been carried out to the letter.