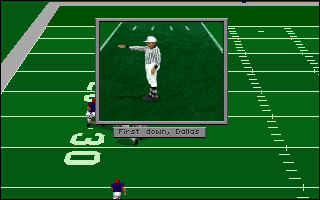 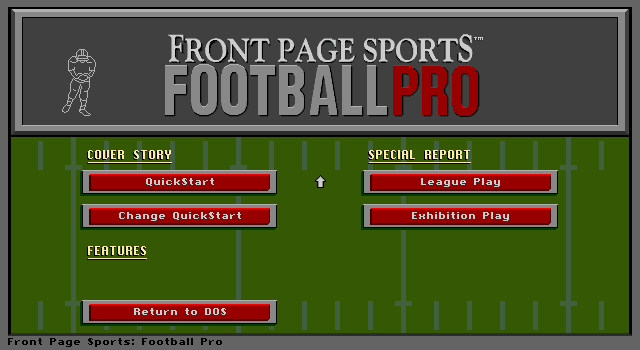 The first of several re-releases in the Front Page Sports: Football series from Dynamix/Sierra, the initial 'Pro' version boasts a number of improvements designed to widen the appeal of the series. The NFLPA (National Football League Players Association) granted the game a license, which allowed the use of almost every NFL player's real name in the team rosters. Team customization got a boost with the ability to assign uniform colors. An All-Pro game was added. Ball carrier AI was upgraded, and the game shipped with about one thousand stock plays (many times the size of the original game's playbook.) On-field graphics were also touched upon: this game uses the same graphics engine as its predecessor, but features more animations including spins and flips, and tweaked camera angles (including one new angle plus a blimp's-eye view) for better visibility and a more cinematic feel.