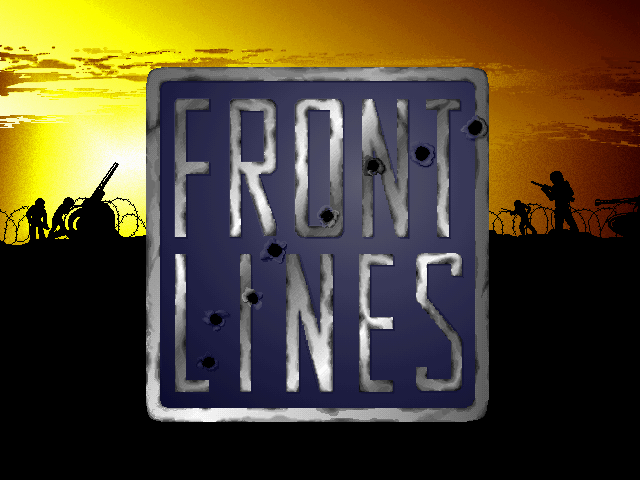 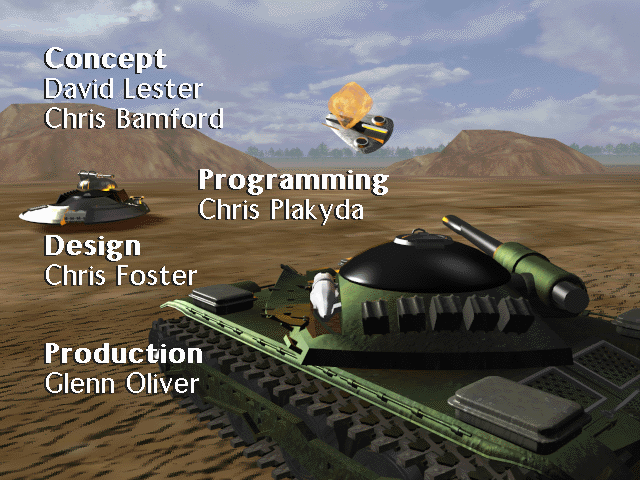 Front Lines is a tactical wargame of the "near" future (set in 2020 or 2044, depending on whether you play the U. S. or German version). It can run in either single-player or two-player mode, and can use a head-to-head feature by modem. All the usual forces of the modern army are present, but by this time heavy laser weapons have become practical, soldiers wear powered armor, unmanned ground strike aircraft are common, tanks can hover as well as roll, and artillery projectiles are even more powerful and accurate than they are today. You command your army, which may incorporate some U. S. forces, in the European theater. Some of the opposing forces answer to a corporate conglomerate. The roles of offensive, defensive, and supply assets have to balanced properly. The game progresses through a series of land battles over various kinds of terrain -- and the terrain gives varying combinations of advantages and disadvantages. The game has some limited representation of Europe's real-world geographical features, which gives a sense of why they are militarily important. For example, you can see the importance of the Fulda Gap, just as it was important in previous World Wars, and just as it would have been important if the Cold War had become hot. Each battle has one or more objectives, and also a time limit. To win, you must accomplish your objectives while stopping the enemy from accomplishing his, and you must do this before time runs out. Each objective accomplished earns you a certain number of victory points. At the battle's end, the winner is the player with the most victory points.