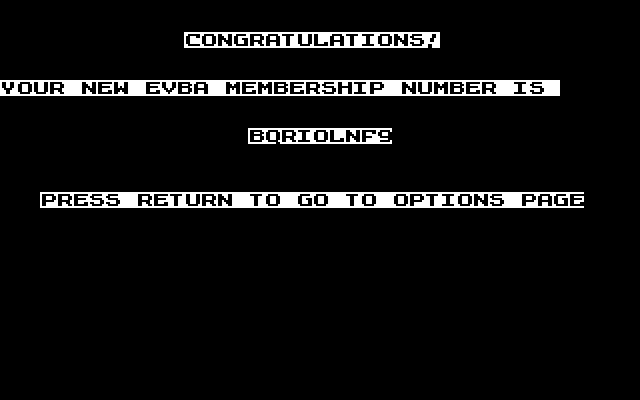 Former boxing World Champion Frank Bruno, famed for his catchphrase "you know what I mean, Harry?" and more recently his heroic battle with depression, put his name to this boxing game which replicates Super Punch-Out!!. As Frank, you must take on 8 progressively tough boxers (3 on C16) to win the title. The action is viewed from right behind Frank in 3D, meaning that you can see and feel the full impact of punches. A full range of moves is provided, with the standard jabs complimented by body punches and the ability to dodge, duck or raise your guard. Each punch weakens your opponent's strength, although going long enough without being hit can see this begin to recover. A rain of blows can produce a quick knockout, but in general you must hit him many times, and then with a knockout blow, to see him go down. Most of your opponents have a special move which must be avoided, or you will be floored instantly. Once you have beaten all of your opponents you are declared Champion of the World.