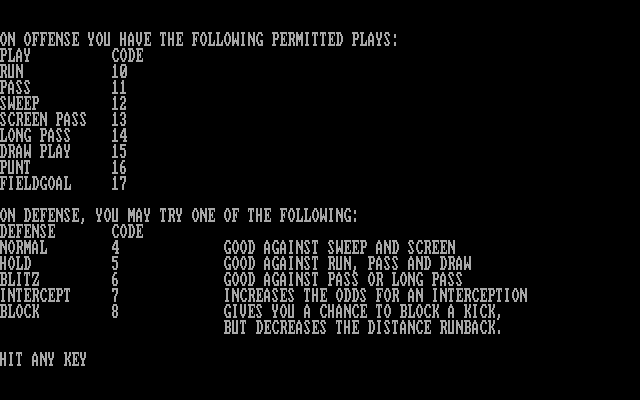 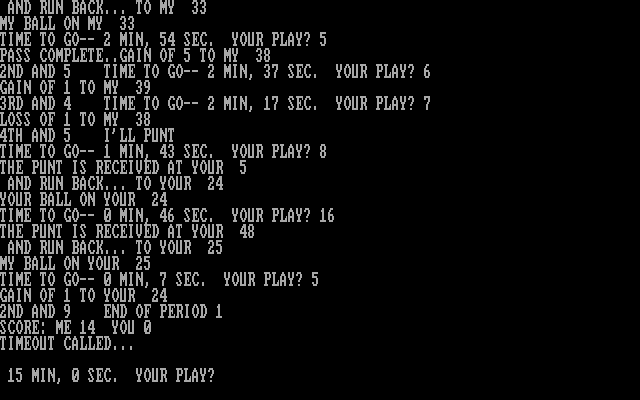 Distilling the experience of American football to a purely text-based interface, this adaptation of the game pits a human player's team against the computer's. In turn, each side selects a move: there are eight possible plays while on offense (run, pass, sweep, screen pass, long pass, draw play, punt, fieldgoal) and five while on defense (normal, hold, blitz, intercept, block). Time-outs may be called at any point, up to three per half. The results of each play are described verbally, then the turn goes to the other team - and so on until the four 15-minute quarters have elapsed, and the final score is announced.