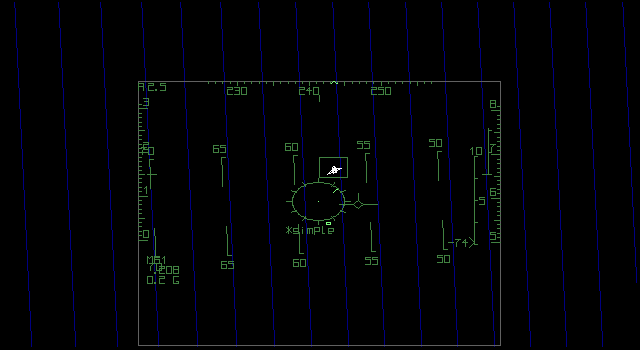 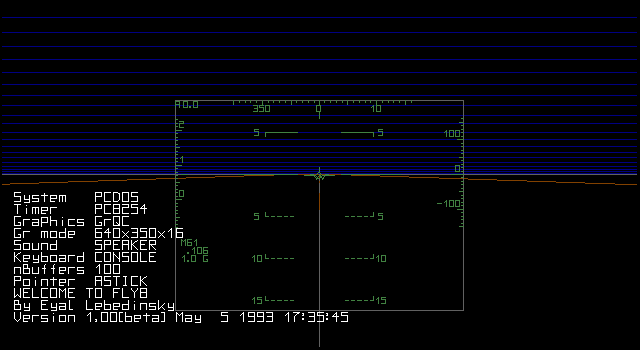 Fly8 is a single player, wire frame flight simulator that, in the author's words "puts more emphasis on the dynamics than on the cosmetics". It written in 'C' and is a reworked and updated version of an earlier program from 1974 that was also called Fly8, that ran on a PDP-15. Though the player can view the game from different points of view the screen always shows forward looking view with a HUD display in the centre of the screen. It was intended to be used with a joystick but can be flown with the mouse if there's no joystick, or the keyboard if there's nothing else. All other controls for weapons, landing gear, etc are managed by single stoke keyboard controls The object of the game is to shoot down enemy planes while avoiding taking any damage. Successfully landing at an airstrip will replenish weapons used and repair the damage.