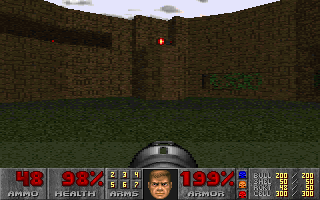 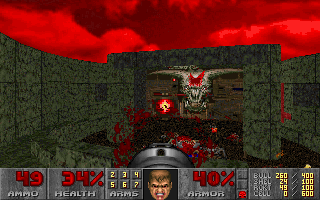 Final DOOM is the last id Tech 1 DOOM game. It adds two separate 32 level episodes: TNT: Evilution and The Plutonia Experiment to DOOM II. Gameplay in both episodes is completely identical to DOOM II, right down to the level progression (i.e. 30 levels and two secret levels), although they have a new backstory (both following directly on DOOM II rather than each other. Other changes are some new textures and, in TNT 's case a few new music tracks. Neither episode was made by id Software, but rather by two groups of individuals hired by them; Team TNT and the Casali brothers.