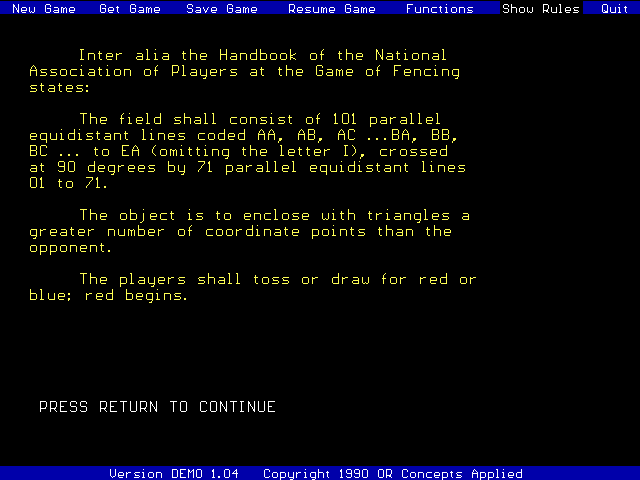 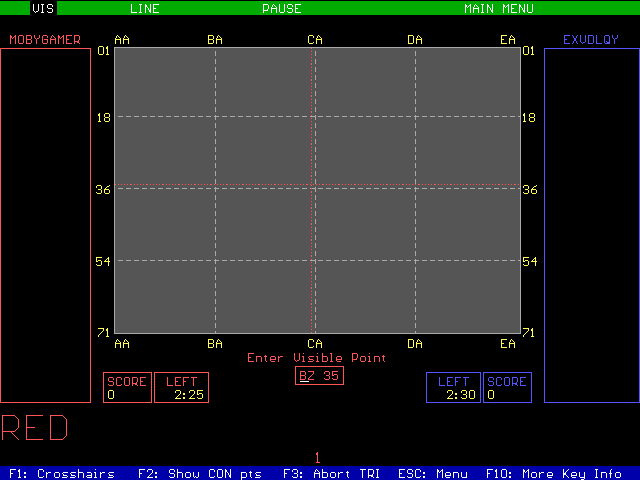 Fencing is a shareware strategy game for one or two players. The game is played on a game area consisting of one hundred and one parallel horizontal lines, numbered from AA to EA, and seventy one vertical lines, numbered 01 - 71. Players take turns to specify sets of co-ordinates, the objective of the game being to create triangles, the winner of the game being the player who has enclosed the greatest area at the end of the game. The computer opponent has five difficulty settings, there is a save/load function and optional sound effects. The game has a countdown timer which the player(s) can adjust for shorter or longer games.