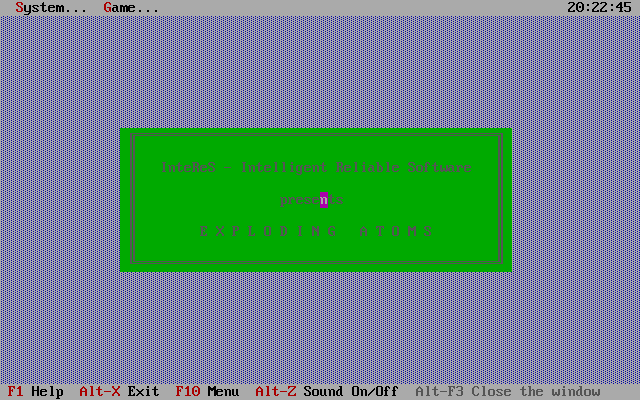 Exploding Atoms is a two-player, shareware strategy game played between one person and the computer or two people. The game is played on an 8x8 grid. Players take turns placing atoms onto cells on the grid. Each cell has an associated value and when the cell holds that number of atoms it explodes sending atoms into neighbouring cells and if they now contain four atoms they too will explode and so on. Eventually the player's begin to compete for the same cells and as they advance into each other's territory the colour of the atoms in the cells changes. The winner is person who occupies all the squares at the end of the game.