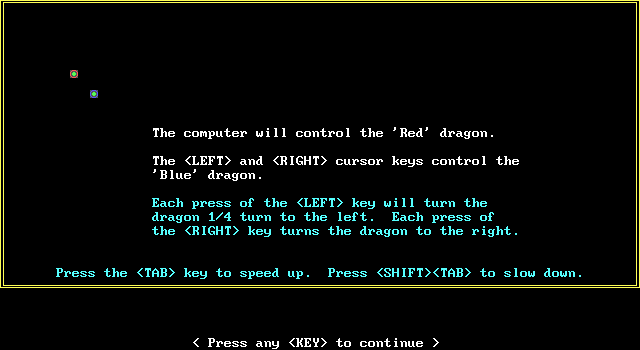 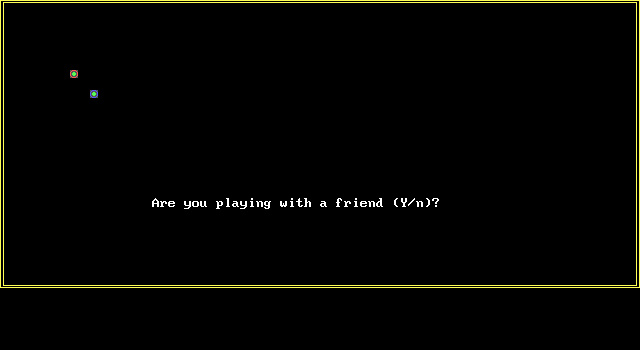 Dueling Dragons is a shareware game for two people, or one person vs the computer. In concept this game plays like a cross between a light cycle game and a Snake variant. The players each control a dragon, one blue and one red. They start off as a single spot and grow, snake like, as the player moves their dragon around the screen but it does not grow indefinitely after reaching a certain point the end of the tail fades. The object of the game is to surround the opposing dragon so that it cannot move. The game is entirely keyboard controlled and has basic sound effects such as bleeps and whistles.