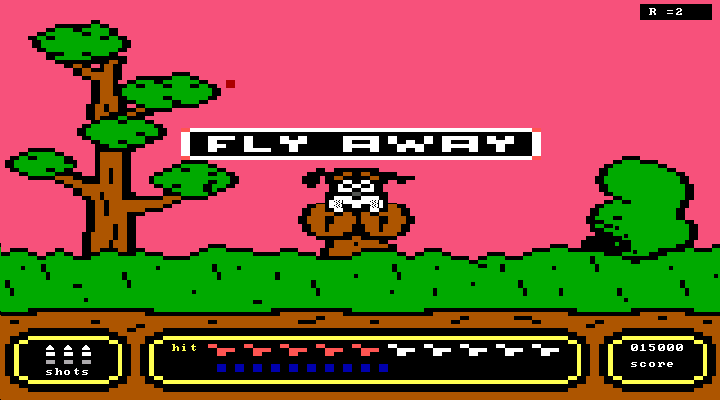 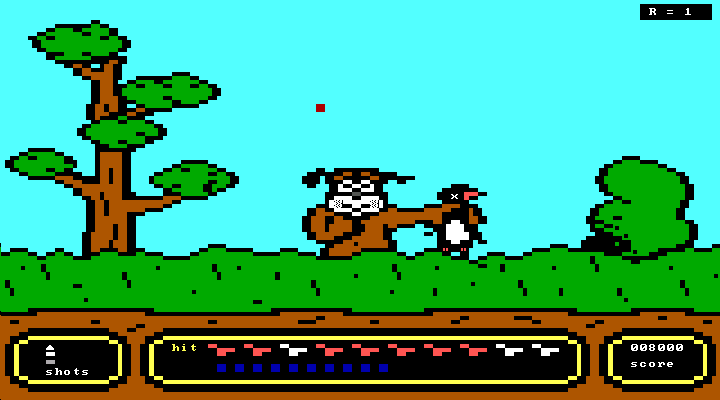 This unofficial DOS version shoots for a faithful reproduction of the Nintendo original - that is, as faithful as possible using ANSI graphics, but that is to be expected from an artscene group like CiA. Here, too, the player sets out for the great outdoors with his loyal hunting dog, plentiful ammunition, and a craving for dead ducks. Of the original game modes, only "Game A" is implemented: each round consists of ten ducks that take turns making solo flights across the sky, one after the other, and have to be shot down for points. If time or bullets run out, the duck flies away (and the player must suffer the hound's schadenfreude). The flying targets get faster with each successive round, and fewer misses are tolerated; fail to nail enough of them and it's game over. All game sounds consist of samples that have been lifted wholesale from the NES title.