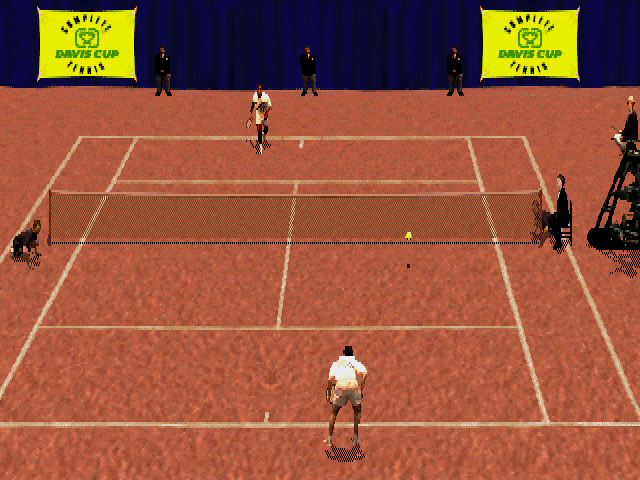 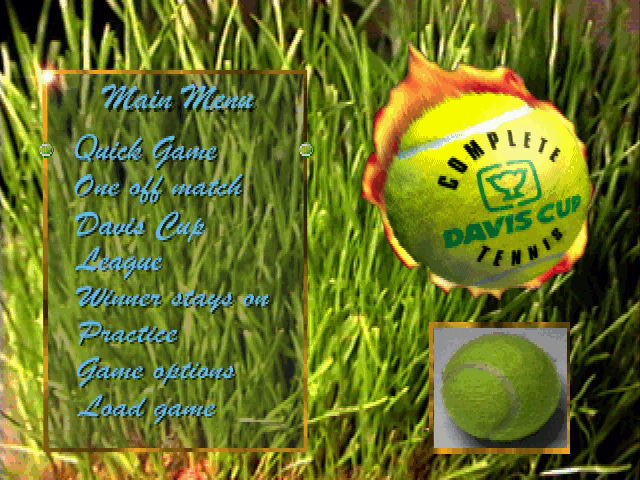 The Davis Cup is tennis' equivalent of soccer's World Cup - a competition between teams of men in their sport representing their countries. 16 countries qualify for the tournament and you can choose from among 48 players - all with different attributes and skills. Locations for the matches vary from each of the 16 countries including the U.S., Sweden and Italy. The courts also vary between grass, clay, concrete and wood and the ball will react differently on each. You can take to the practice court first to perfect your serves, lobs, smashes and volleys. Then you can have a quick singles match against a random opponent, have a doubles match with a friend or even play a 4-player game using multitap. There's also the option of playing a "winner moves on" series of games, play in a league, or join the Davis Cup tournament.