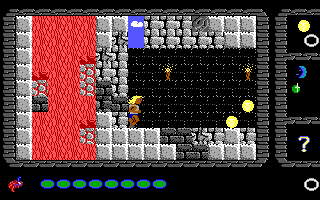 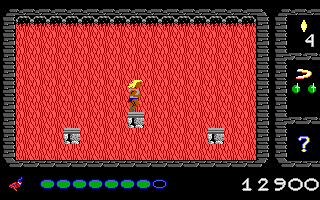 Dark Ages: Volume 3 - Dungeons of Doom is the third part of the Dark Ages shareware trilogy. In this episode, the prince enters Garth's, the evil guy, domain to defeat him once and for all. Released alongside with the first and second episodes, there are no changes to the gameplay: this is a side-scrolling platformer in which the hero moves from left and right and jumps over holes in the ground. It is advised to either dodge or kill enemies with the ranges attack because touching them removes health. To progress, the player needs to find items and give them to wise men which in turn show the exit to the next level.