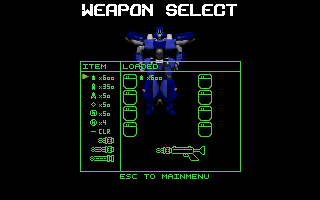 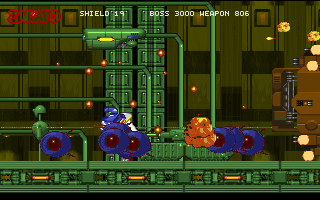 Combatrobo Zakato is a Korean-made sci-fi side-scrolling shooter in which the player controls a giant mecha sent into a hostile area in deep space to fight mechanized aliens. Though the mecha can move freely in eight directions, the game doesn't play exactly like a scrolling shoot-em-up, because the screen scrolls horizontally or vertically only if the player character moves in the correspondent direction. The player can choose various weapons and limited ammunition types for each mission; however, all weapons can only shoot forward. The player can turn the mecha around by pressing a separate button. Stages usually end with boss battles.