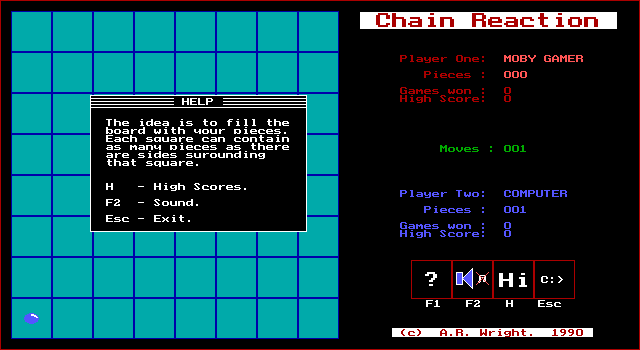 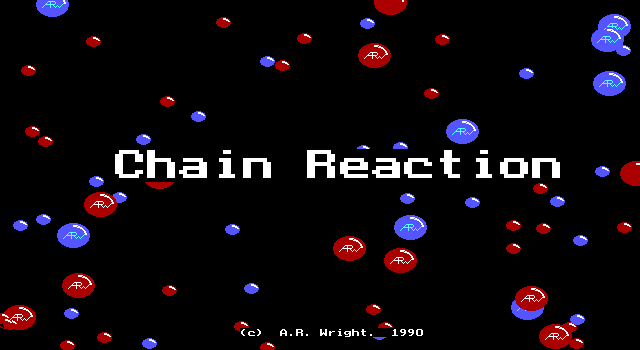 Chain Reaction is a shareware strategy game for one or two people. The game is played on an 8x8 grid into which players take turns to place their counters. Each square can hold as many counters as it has neighbours horizontally and vertically. Once a cell has been claimed by a player it belongs to them unless a neighbouring cell is over filled. A cell that is overfilled explodes leaving just one counter behind, the remaining counters move into all the neighbouring cells swapping which change to the colour of the new token. If they in turn become over filled they explode and so on and so on until a state of stability is reached The object of the game is to eliminate the opposition by converting all counters to the player's colour. The game is played with the mouse and has optional, basic, sound effects