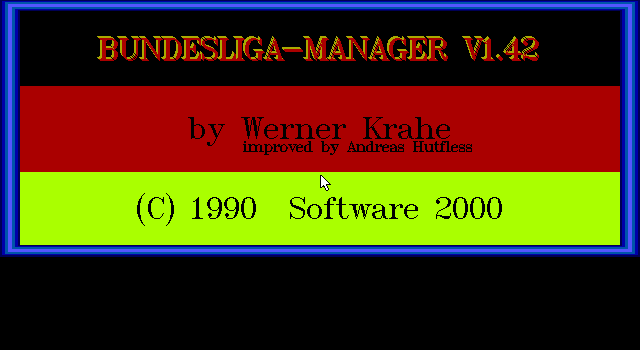 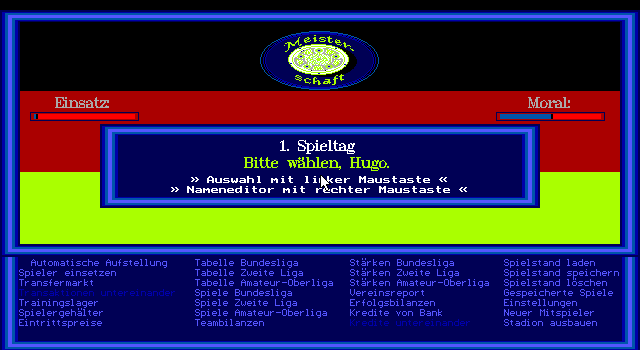 Bundesliga Manager is a managerial simulator for a team in the top three German football leagues (Bundesliga, Zweite Liga or Regionalliga). The game contains the real player and team names of that time. The player can handle most of the relevant aspects of a soccer team both economic and sport-wise. The user has to trade players, organize the training, handle the team's line-ups and tactics, negotiate contracts with players and sponsors, and expand the team's stadium. The player follows his team's games as a small white dot moving horizontally over a green rectangle, simulating a ball moving on a soccer field. Up to four players can play simultaneously in hot-seat mode. Bundesliga Manager was the first title in Software 2000's six game series of football management games.