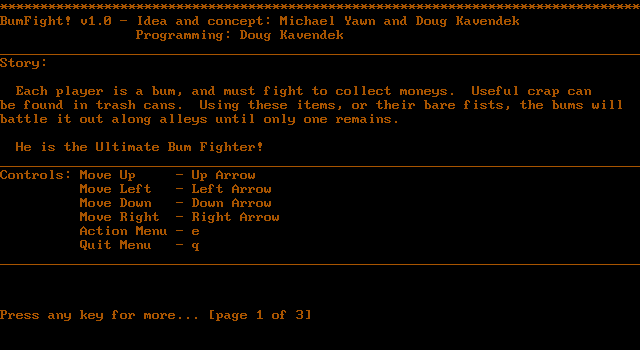 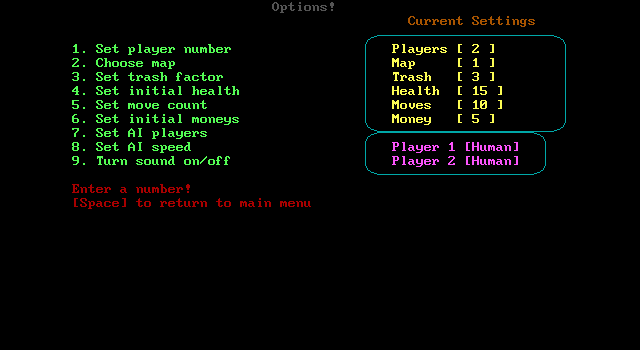 A no-frills QBasic turn-based top-down combat simulator with an unusual and controversial theme: bumfights, or otherwise put, combat between the homeless! Their arena is the mean streets, and trashcans become the dispensers of various bonuses (feeble improvised weapons and armour) and penalties (health deductions from vicious rats! eek!) Game settings allow for play between two to eight human or computer players, with the final winner heading to the high score chart with a money count totaling change the player found in the garbage and retrieved from the bodies of defeated opponents.