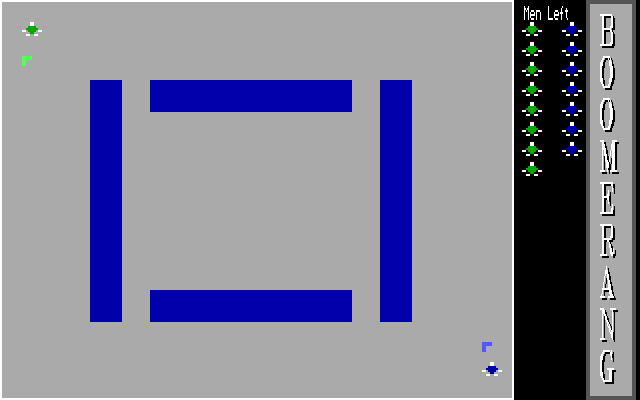 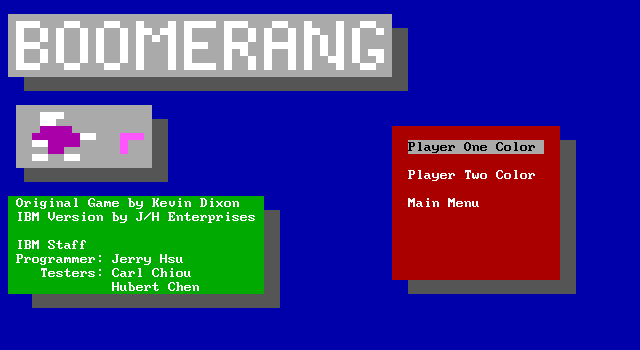 Boomerang is a two-player game for the Commodore 64 that appeared in the August 1989 edition of Compute!'s Gazette. That game was developed by Kevin Dixon. This version of Boomerang is a DOS version of the original game. Like the original it is a two-player game and the objective is to hit your opponent with a boomerang, the first person to score ten hits is the winner. However unlike a real boomerang this game version does not return, if it misses its target then it must be retrieved. The game is intended to be played in a maze but this is optional. Mazes are pre-generated and the player(s) select the one they wish to use, this is then set for the entire match. The game is entirely keyboard controlled Version 2.0 of the game supports a tournament of up to eight players, and it keeps players' records. Though up to eight players can take part the game still consists of a series of two player matches.