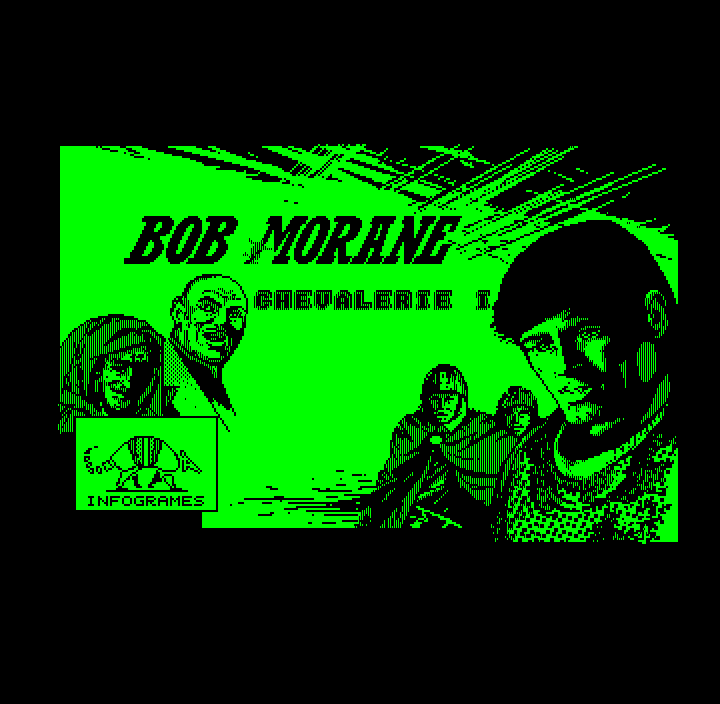 Adventure novel protagonist Bob Morane, an agent of the Time Patrol, is transported back in time to a thirteenth century castle. His objective: to save the Holy Shroud - the cloth that collected the body of Christ on its descent from the Cross - from being captured by his arch-nemesis, the Yellow Shadow, who seeks to become pope and pervert the course of history. The game plays similarly to Iznogoud, Sidewalk, and Bob Morane: Jungle 1. Action takes place on a tiny portion of the screen; exploring a series of static rooms that interconnect in multiple directions, Bob battles a bastion of besiegers - castle guards, mysterious shrouded dudes, and (except for the Amstrad CPC version) humongous, hairy bears. Yes, the Yellow Shadow is not above manipulating omnivorous mammals towards his nefarious ends. Luckily, Bob can search for hidden items and secret passages to further his aims, and should he perish in action, a giant temporal bubble is ready to encase him and bring him back to the starting point.