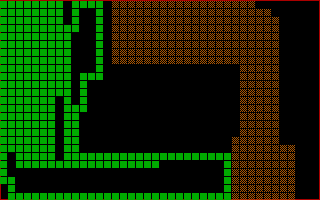 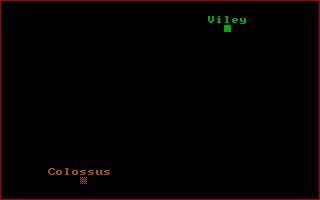 Blockade is a variation on the TRON -inspired Light Cycle concept, for 1 or 2 human players - computer-controlled rivals can join in for up to 6 players in total. Each player's objective is to block the others' paths with the trail left behind in their passage through the playfield - without running into their own trail, other players, or the boundary wall. A round is won when all opponents have been blockaded. Players are then scored according to their placements, and the next round begins; the first player to reach 100 points wins the game. Some parameters may be adjusted, including game speed, disappearing trails (for eliminated players), and the behavior of AI opponents.