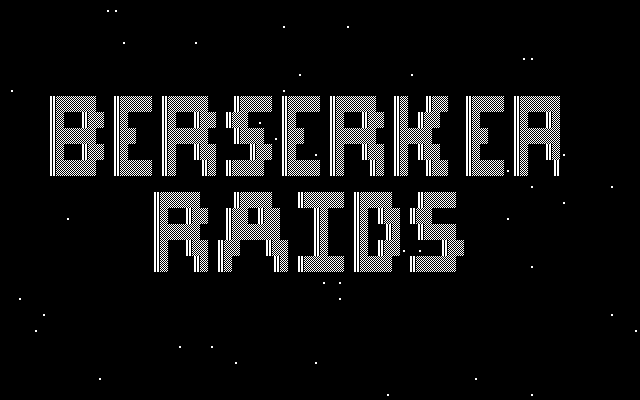 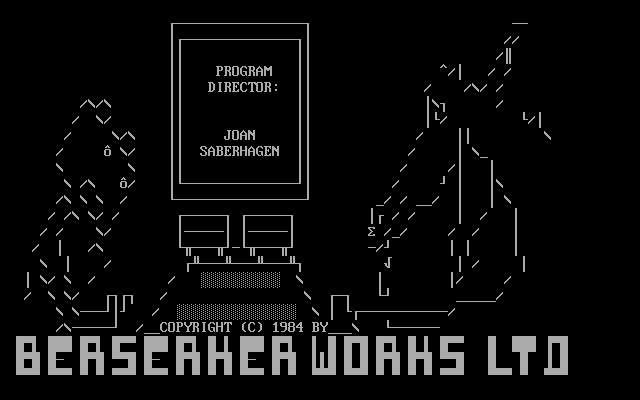 Berserker Raid is a 1 - 2 player science-fiction themed strategy game for multiple systems From time before human memory, great automated war machines were created by an unknown alien race. These Berserkers, programmed to eliminate all life that they encounter, still roam the galaxy. Gameplay occurs in a 10 system star cluster. Each player has a home base, and can send out merchant ships to establish production bases in other systems. The player's goal is to strengthen defenses and construct a fleet of their own vessels to counter the Berserker threat. The player can create customized ships that will take a varying number of resources to produce or choose from 5 predefined vessels. The player can possess a maximum fleet of 10 vessels. Each base has a technology and productivity statistic. Technology defines how advanced of ship a base can build, while productivity determines how fast it can build. Each base also has a defensive rating to determine their strength against Berserker attack. At a varying interval, the Berserker fleet will appear, and begin to hunt for your home base. The bases's missiles will weaken the fleet, and then the player must enter into ship-to-ship combat, which is a strategy affair where ships takes turns attacking and defending. Only 3 ships can engage at one time. Victory is obtained by defeating all of the Berserker vessels, and repossessing all of your original bases. The game comes preloaded with 10 scenarios, and a corresponding vignette is available in the manual. The player can also create their own novel scenarios.,