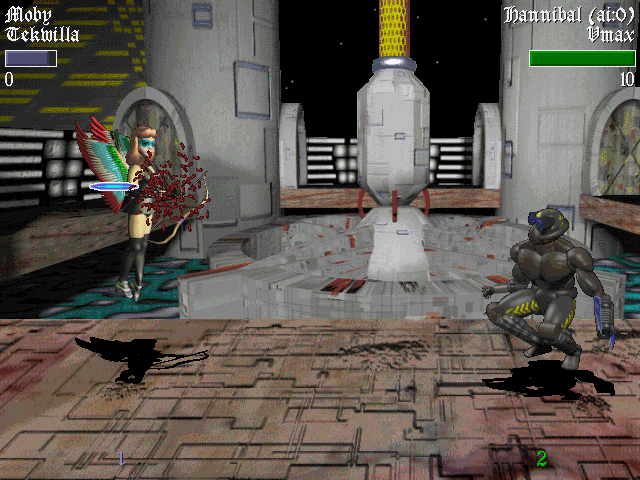 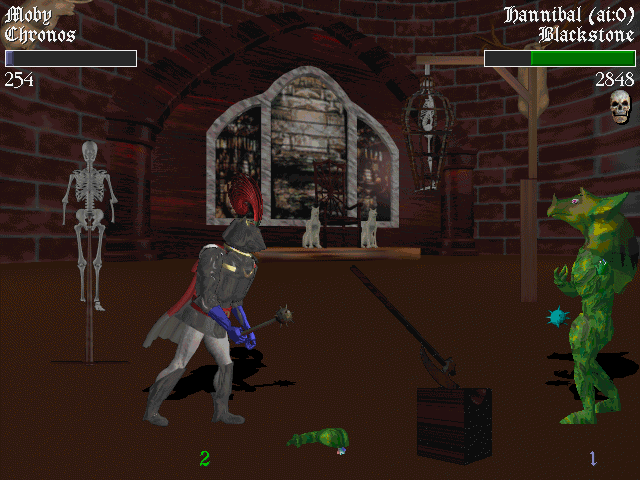 During the span of history, there have been many great strategists that have lead their troops to victory. The greatest of these are known as Battle Lords and are respected greatly. In a tournament to discover the greatest of these battle lords, great warriors have been pulled out from different eras and available to be controlled by the strategists. The Battle Lords will make their champions fight 1 on 1 amongst themselves to find out who can triumph over all others and obtain the highest ranking. The Battle Lord who can master his will over different warriors will become the Ruler of the Battle Lords. Battle Wrath is a side-scrolling fighting game. The player starts by naming their Battle Lord and then choosing to duel with an enemy battle lord (either computer or another player) in a sanctioned (adjacent rank) or unsanctioned (very different rankings) fight. Each Battle Lord then chooses a character from amongst the available 8 different warriors. These characters then appear in an arena and must deplete each other's energy. The player has two attack buttons, one for arms (punches) and one for legs (kicks), which can be used with the directional keys to perform a variety of moves. If the enemy is hit a certain way, decapitation can occur (though this can be disabled as "PG Mode" in the options), which limits the attacks available from that player. Each character also has a unique "special move", which deplete power gems. These power gems can be gathered by having the character stand still and charge up. Each character also has a "Battle Wrath" special move which can only be used when the Battle Lord is ranked #1 (and therefore is the Ruler), likewise better ranking enhances the normal character abilities.