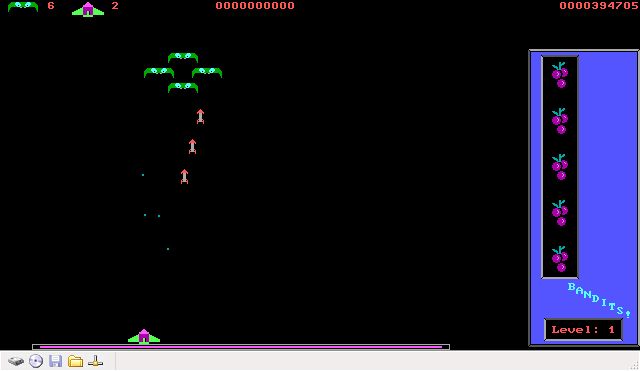 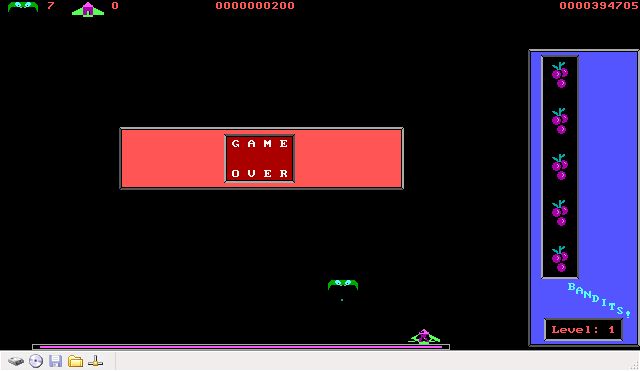 Bandits! is a shareware shoot 'em up arcade style game for one player that is a bit of a cross between Galaxian and Space Invaders. The object of the game is to achieve a high score. Game play is very much in the Space Invaders style as the left / right cursor keys being used to move the player's ship from side to side while the Space bar fires the ship's weapon. The enemy ships, however, attack in the style of the enemies in Galaxian, swooping around the screen as they attack. The game maintains a high score table and entirely controlled via the keyboard.