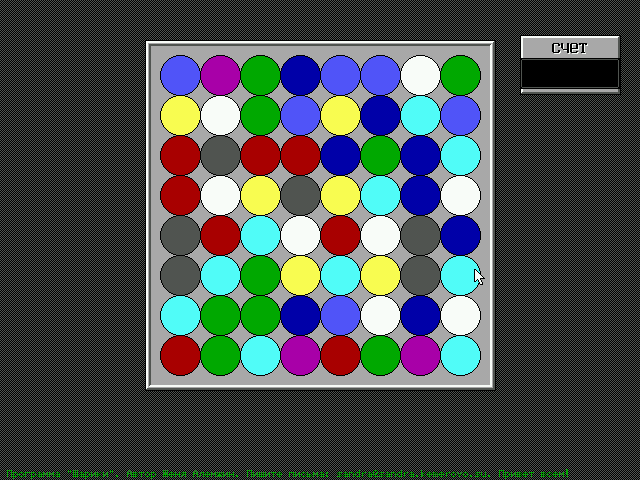 Shariki (Russian for the balls) is one of the earliest titles based around the type of match-three game that was later popularized through Bejeweled and Candy Crush Saga. The game shows a board that consists of eight rows and eight columns filled with circles of different colours. The player has to create matches by swapping a circle horizontally or vertically. When this creates three circles of the same colour in a straight line horizontally or vertically, the circles disappear from the board and new one fill the gaps from the top. The game is over when no more moves are possible. The game keeps track of the player's score.