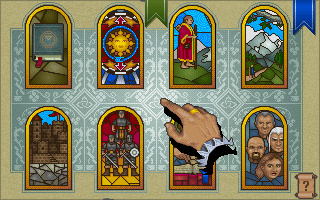 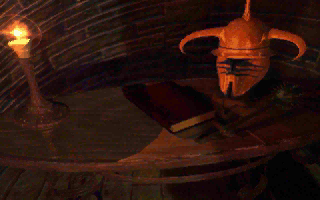 Lords of Midnight - also known as Lords of Midnight III: The Citadel - is the third game in the Lords of Midnight series, and a direct sequel to Doomdark's Revenge. The story begins with Luxor the Moonprince (an old man by now) trying to obtain the legendary Eye of the Moon. However, during his quest he is captured by Boroth Wolfheart and imprisoned. His son Morkin must rescue him and find a way to defeat the forces of evil. Gameplay-wise, the game is similar to the previous Lords of Midnight games. The player can either take control of a single hero, or send troops to fight the armies of the opponent, making the game similar to both role-playing and strategy games. Characters can be given tasks, which they execute without the need of the player's further input. Unlike in the preceding games, the movement of the troops occurs in real time. Graphically, the game utilizes a voxel engine for 3D environments.