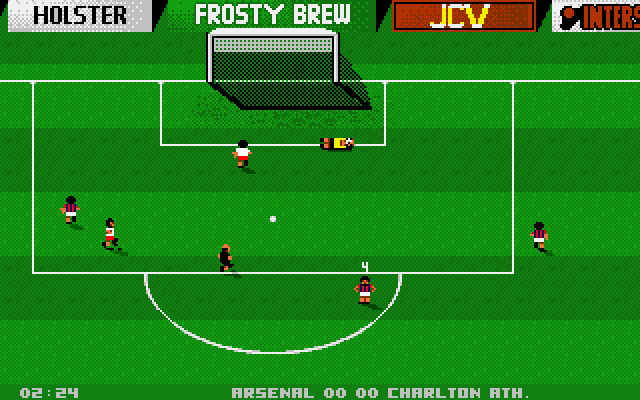 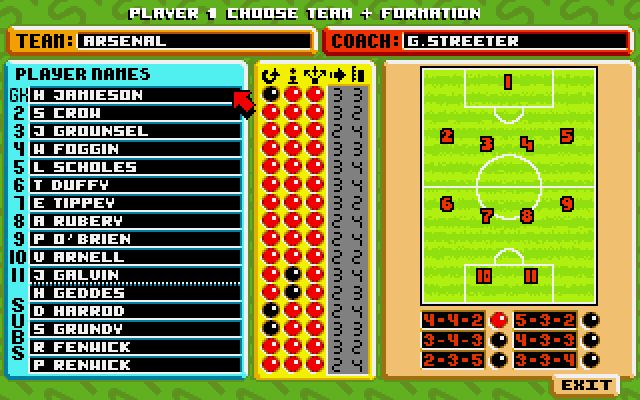 Released to coincide with the 1994 World Cup, this one has an overhead view similar to Sensible Soccer. Real teams are provided at both club and national level – although, contrary to what the packaging claimed, the player names are invented. The players vary in speed, and in which skills (such as heading, overhead kicks, close control and shooting) they are competent in. Running with the ball generally works better than passing. Plenty of tournaments are offered, as is the chance to edit team data and kits. One advantage it has over the original Sensible Soccer is onscreen referees and linesmen.