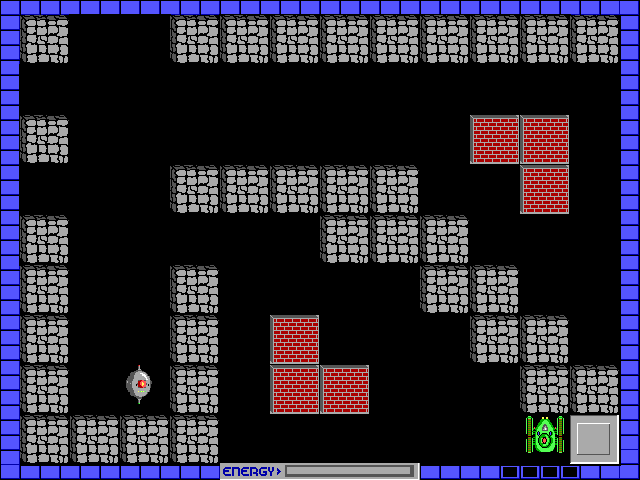 General Budda's Labyrinth is a maze game where the object is just to find the way out of the maze in one piece. You drive a tank-like (though out of ammunition) vehicle through a static maze, and explore it, trying to find exits. In some rooms are robot orbs, that try to get close to you to explode and take some energy from your vehicle. A destroyed orb is permanently gone from the maze. Sometimes the orbs dig holes in the walls, and can come through. There are keys and walls with keyholes that opens if you found the key. The game was initially in three parts, the first being distributed as shareware, the other two were sent to you upon registering. The three parts are called: Episode 1 - The Orbs of Distruction Episode 2 - Evil Secrets! Episode 3 - Budda's Lair! In addition to the three parts, registering also got you an editor for making more levels for the game. The full game has later been released as freeware by the author, and is available for download.