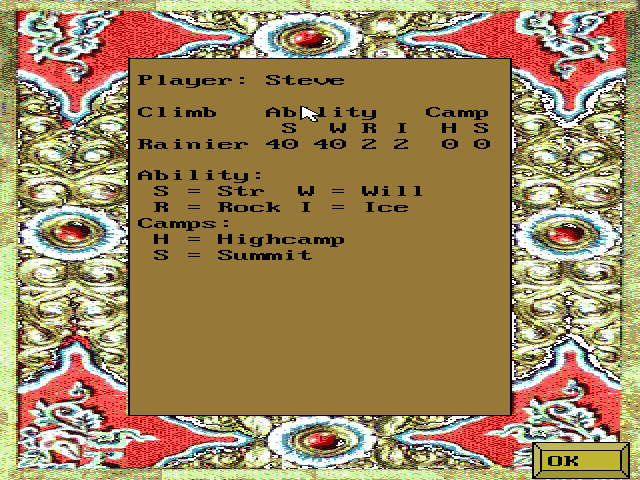 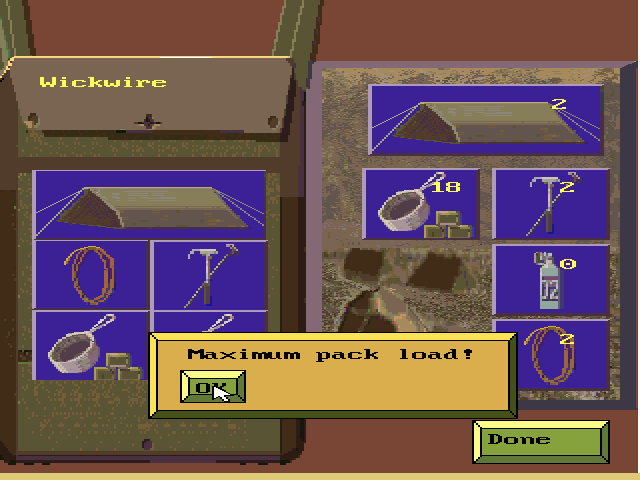 Everest: The Iceman's Apprentice is a single player, shareware, mountaineering game. The game was released as shareware with just two climbs: Rainier in Washington state USA and Ama Dablam in Nepal. On registration the player received eight additional climbs including Annapurna, Kangchenjunga, and of course Everest itself. Using photographs of the actual mountains this game is essentially a management game. The player selects a group of climbers, each of which has strengths and weaknesses. They start at the base camp and assign orders to their climbers to proceed to a waypoint carrying supplies. There they may establish another camp, rest, return to base for more supplies before pushing on up the mountain. Supply management is important because undernourished climbers do not perform well and at altitudes over twenty thousand feet all climbers must carry oxygen at all times. In addition there are the usual hazards, such as climbers failing to reach the next camp due to fatigue or lack of motivation, falling rock or ice, falling on steep pitches, avalanches and bad weather. The game consists of three episodes each of which is composed of multiple climbs which must be completed in order. As climbers complete climbs they grow in strength and willpower which makes them eligible to attempt later climbs.