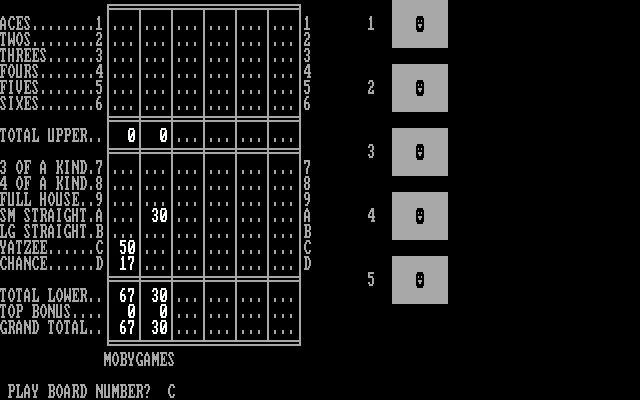 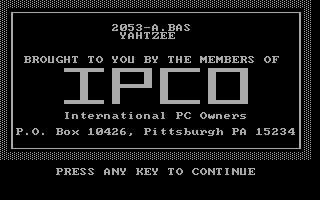 This version of the well-known dice game was originally written for the Compucolor II; up to 5 players can participate (one of them may be the computer). The objective is to score points by creating various combinations on each roll of the five dice. After the first roll, any number of dice can be rolled again to achieve a desirable set. The upper sets (1 through 6) are scored by summing up the dice with the respective numbers, and the lower sets contain various combinations: three/four of a kind, full house, small/large straights, chance (sum of all dice) and Yahtzee (five of a kind). A particular combination may be played only once per game, but this version differs in that multiple Yahtzees are possible - giving increased scores and a bonus turn at the end of the game.