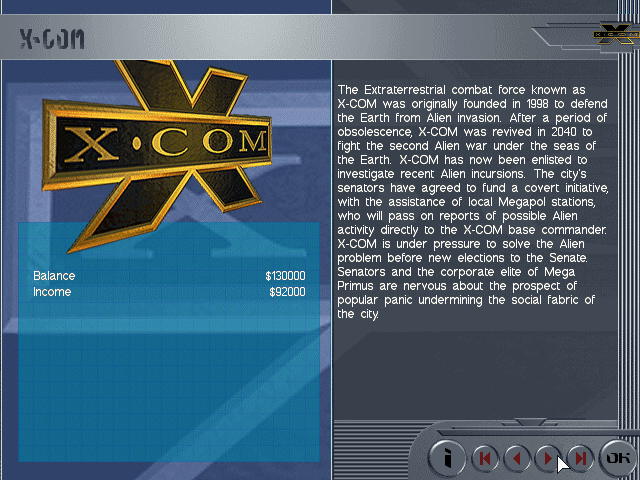 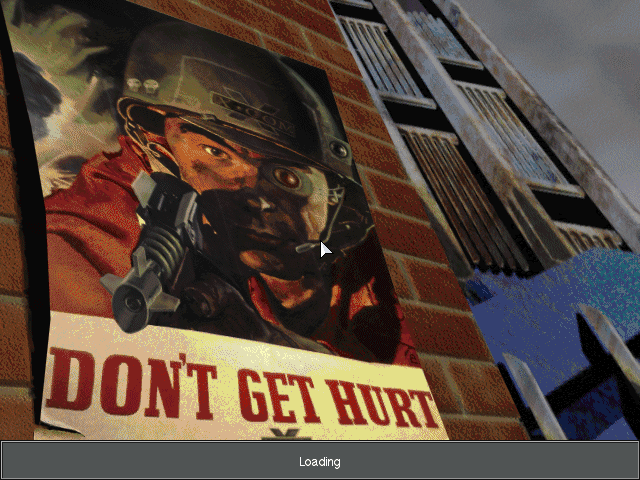 Things have not gone well since the last Alien War. The world resources have been exhausted, and most of the population have been concentrated into the last hope: Mega-Primus, a self-sufficient city. Things are starting look good until a strange portal opened in the sky, and UFOs emerged from it. It seems that the X-COM is needed again. X-COM: Apocalypse is a sequel to X-COM: Terror from the Deep, and is the third entry in the X-COM series. It is a real-time / turn-based strategy game that features a mix of research, resource management, macro tactical combat, and micro tactical combat. At the city screen, the player controls vehicles to engage the threats (everything from rival factions to alien UFOs). If a UFO has landed or infiltration has been reported, the vehicles will land/dock at the infestation site and engage in tactical combat with the equipment at hand. Once the player managed to capture aliens and alien equipment, the scientists can research and perhaps even copy them for the player's use. The player will also need to balance the budget as everything costs money, from agents to equipment. The various human factions must be kept happy, otherwise they might turn against the X-COM. The player must hire recruits, buy weapons, ammo, and equipment to outfit his squads in the vehicles (including weapons on the vehicles and their ammo). The management mode for tracking down UFOs is called the Cityscape; combat takes place in a separate environment, the Battlescape, where the player engages the individual aliens that managed to escape. Differences from the previous games in the series include reworked graphics, larger maps, a more complex world, and the possibility of choosing between real-time or turn-based tactical combat. Also, instead of just engaging aliens, the player will also have to deal with multiple human factions, from a cult that worships alien invaders to gangs, from industrial giants to security forces.