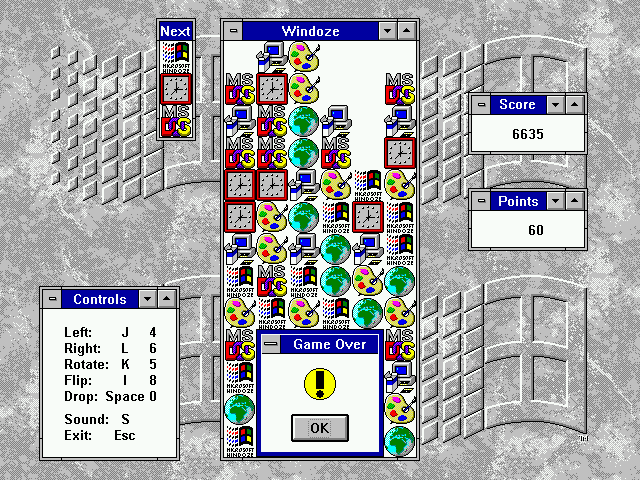 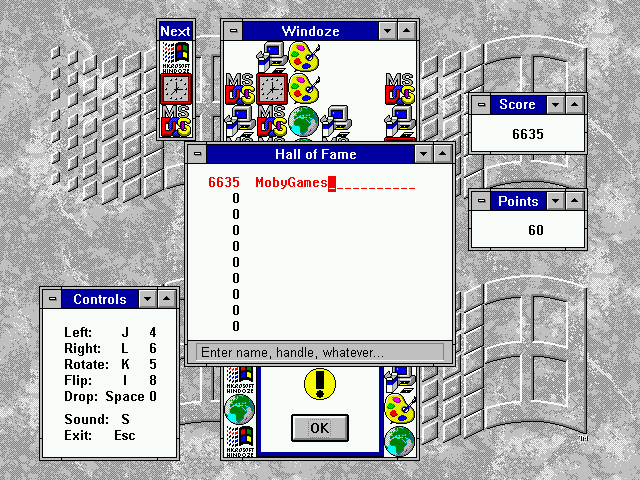 Windoze is a variation on Columns which pokes fun at Microsoft's popular operating system, as evidenced by its use of the fashionable Usenet epithet for that OS at the time. The familiar colored blocks are replaced with various icons from Windows 3.x, which descend from above in groups of three and pile down at the bottom. The triplets can be moved, flipped and rotated as they fall, and points are scored by forming rows, columns or diagonals of 3 or more identical icons, thus removing them from the pile. The action speeds up as it goes on, and every 1000 points a special "wildcard" block appears: touch it down on an icon, and its matching brethren will all be wiped out in one fell swoop. The source code, written in XPL0 (a Pascal variant) and assembly, is included. Despite its looks, Windoze is a DOS game - as the author states, "it does not require Microsoft's version of Windows, since it has more than a sufficient quantity of icons on its own."