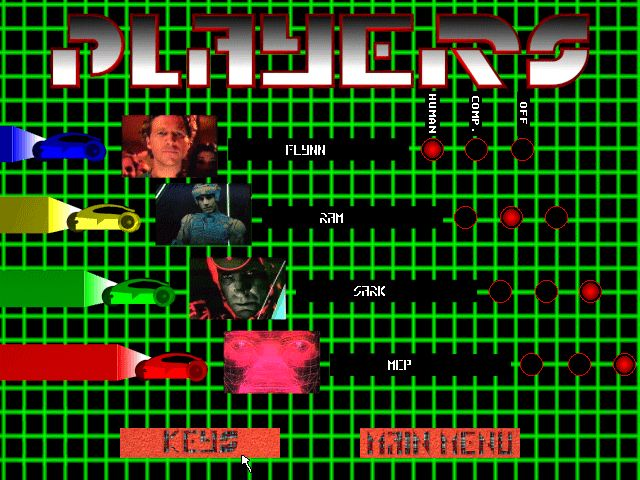 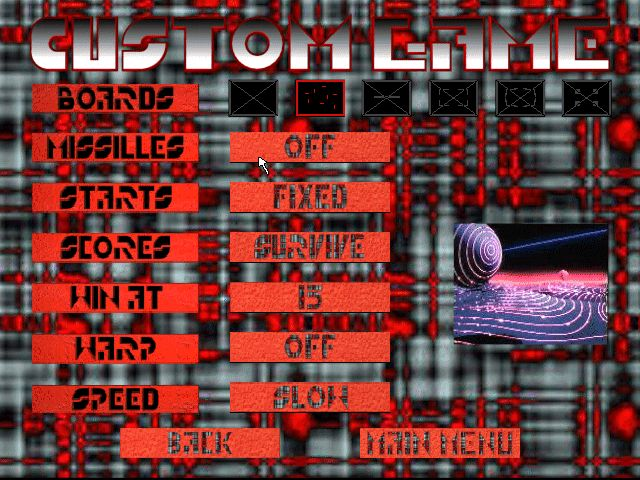 Tron is a shareware 'Light Cycle' game for one to four players. As each player drives around the game area they leave a solid trail behind them. The object of the game is to cause other players to crash into one of these trails, one of the moving barriers, or the edge of the game area. The first player to win the required number of rounds wins the game, the default winning score is fifteen but this can be altered. An optional feature of this game is the use of missiles which can punch holes in the trails. There are four kinds of missiles available in the game, which the player picks them up by running into them, however each player can only carry one missile at a time. The game is entirely played via the keyboard and the action keys can be redefined, however a mouse can be used to navigate the game's menus. The game makes limited use of sound, just a 'beep' when a player crashes.