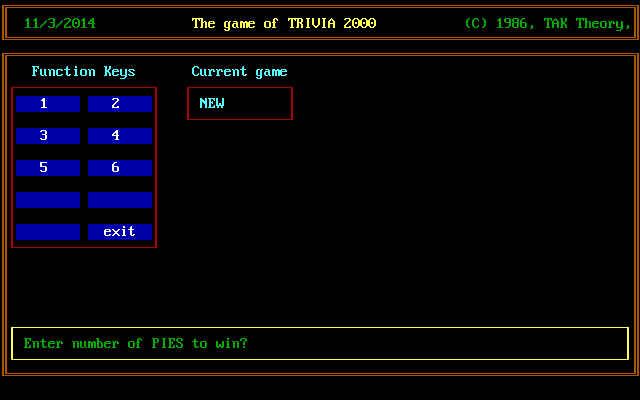 Trivia 2000 is a shareware game based on Trivial Pursuit. When a round begins the game simulates the roll of the dice after which it checks forwards and backwards from the players position and determines which way they should move. Having 'moved' the player the game then announces the category and asks the question. Questions are answered in the normal way by typing in the answer using the standard keys. Two things make this game different to other implementations of Trivial Pursuit, the first being that there is no representation of the game board and the other is that the game's menu options are selected via the function keys. The game has a save/load function which in game parlance is referred to as freeze/unfreeze. A second edition of this game was produced, it had questions on People & Music but no changes in gameplay.