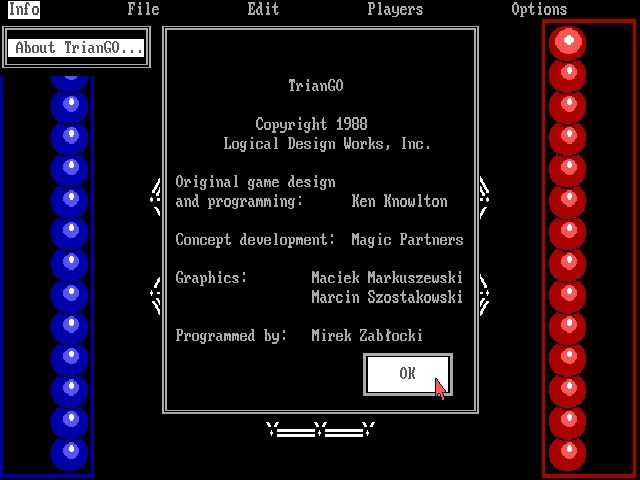 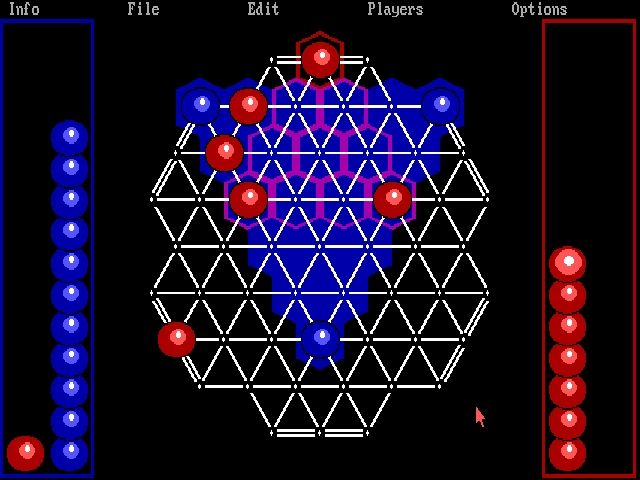 TrianGO is a variation of the board game Go that is played on a hexagon shaped board. The board is composed of 21 lines which cross to form triangles. The lines intersect to create 55 points where players can place their stones. The game is available for up to four players who take turns placing stones on the board. The aim is to capture the stones of the opponents by creating triangles. A triangle is created when three stones are positioned so that they can be connected with straight lines. All of the stones that are located within the triangle can then be captured if the player chooses to. When making a capture, both the player's own stones and those of the opponents are removed from the board. The player's own stones can be brought back into play while the opponents' are permanently out. To win the game the player has to become the last one still able to make a move (due to still having stones left).