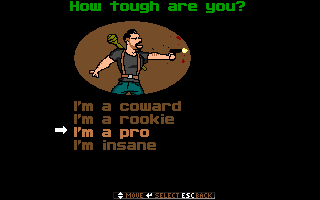 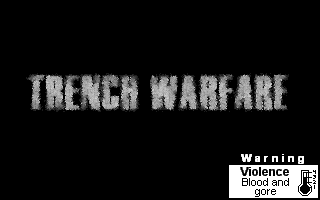 Trench Warfare is a standalone modification for the first-person shooter Wolfenstein 3D. The plot takes place during World War II. A team of veteran American soldiers embark on a mission to recover documents captured by Nazis. The entire squad ends up dead en route, and only one man survives, Sergeant Raynor who must now complete the mission on his own. The game's engine has some new features compared to the original game -- such as textured floors and ceiling, sky, and others. Apart from weapons and keys, the player can also find iodine tablets which allow him to sanitize and use puddles of water for healing, and adrenaline shots which can be carried around and used at any time for a health bonus. Other new features include enemy uniforms which Raynor can wear as a disguise to avoid notice, and the ability to drive a car. There are some new dangers implemented into the game. There is barbed wire which must be side-stepped carefully, and enemy attacks can cause Raynor to bleed, which makes him slowly lose health until he heals himself.