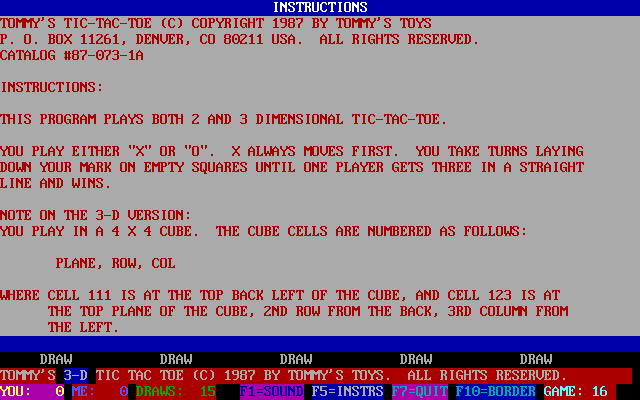 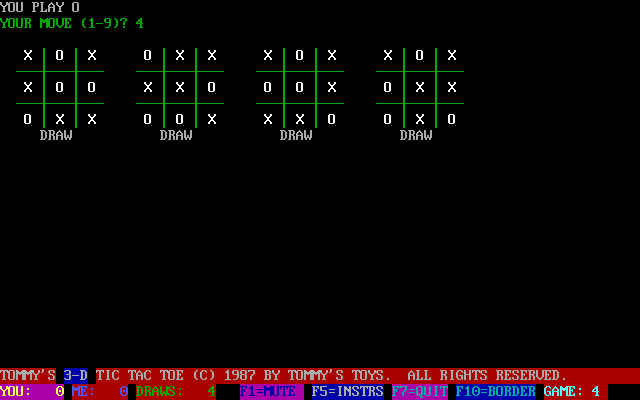 Tommy's Tic-Tac-Toe is a shareware, single-player, version of the classic puzzle game in which the player plays against the computer. This implementation contains two variants, the standard two dimensional version and a 3D version. In both cases the objective is the same, get your marks in a straight line to win, three in a row in the 2D version and four in a row for the 3D version. The game is entirely keyboard controlled. It has basic sound effects and command line switches to start the game with sound turned off and to force either a colour or monochrome display.