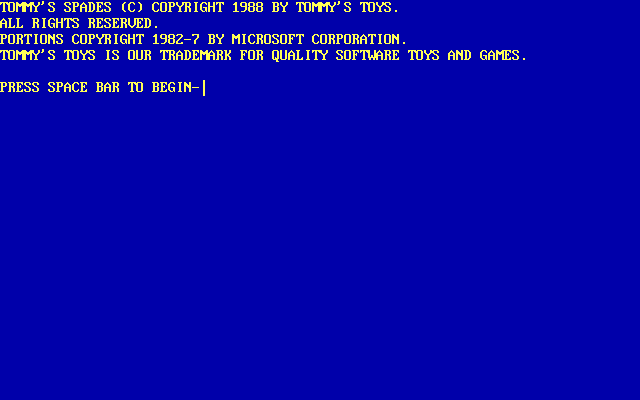 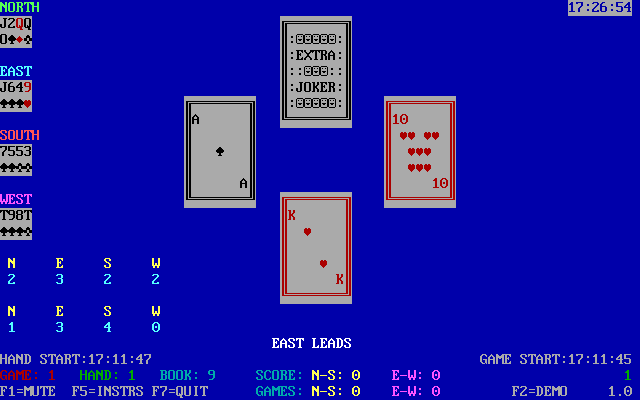 Tommy's Spades is a shareware card game. In real life this is a game for four players playing in teams of two, in this implementation it is a single player game with the computer playing both the player's partner and both opposition players. The game is played with a standard deck of fifty two cards, from that deck the two of diamonds and two of clubs have both been replaced by jokers. Briefly, this is a trick taking game where spades are always trumps. Players bid individually on the number of tricks, called books in this game, they will make. If the player makes their bid number of tricks then points scored for each trick made and each overtrick, if they fail to make the number of tricks they bid then penalty points are awarded. One notable feature of this game occurs during the deal where up to three rounds within a hand can be dealt face up. The game is entirely keyboard controlled. It has a demo mode, an open hand mode, basic sound effects and command line switches to start the game with sound turned off and to force either a colour or monochrome display.