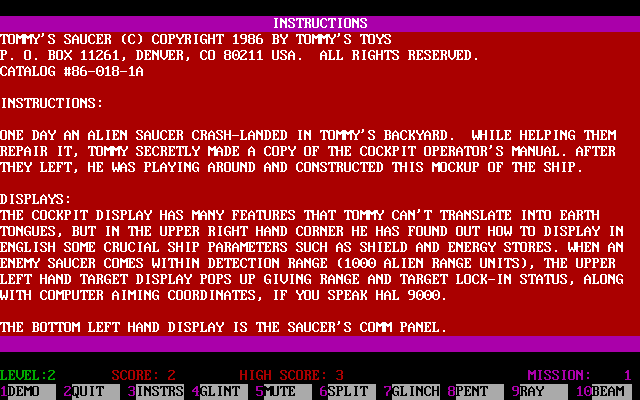 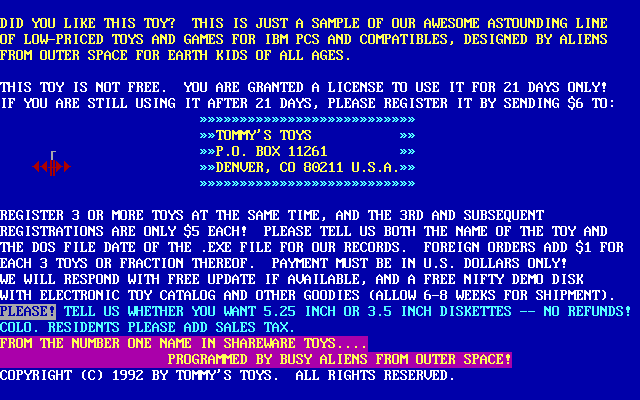 Tommy's Saucer is a single player, shareware, space shooter game. The story behind the game is that a space ship crash landed in Tommy's back garden and that after helping the aliens fix it Tommy was able to put together a mock-up of the ship which is now available for us to play with. The actual game consists of a window into which enemy alien ships occasionally appear. The player's task is to target them and shoot them down. Energy expended on ray beams and energy shields gradually automatically replenishes itself over time. As with most of Tommy's games it uses character graphics and is entirely keyboard controlled. It has basic sound effects and command line switches to start the game with sound turned off and to force either a colour or monochrome display.