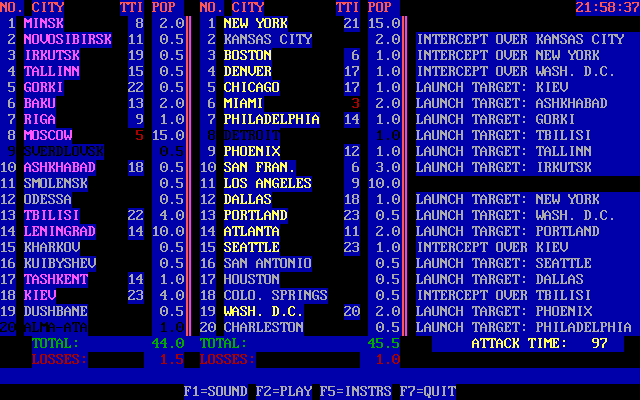 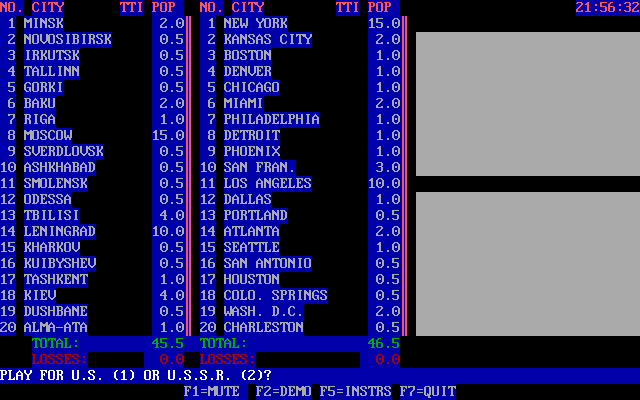 Tommy's Global Thermonuclear War is a shareware, single-player game based on global warfare. It is played against the computer. The player can play either as the USA or the USSR. Both the player and the computer start with a list of twenty cities each of which is numbered. By typing Mxx the player launches a missile at one of the opponents cities, the computer is naturally doing the same. The screen shows the cities that have been targeted and the estimated time to impact and to avoid losing a city the player can launch an anti-missile missile by typing Axx where xx is the number of the targeted city. Anti missiles can only be launched when the incoming missile is five seconds away which leads to some feverish typing and each city is allowed just three of them. The object of the game is to destroy the opponent's cities while suffering no losses of your own which is nigh on impossible. The game is entirely keyboard controlled. It has basic sound effects and command line switches to start the game with sound turned off and to force either a colour or monochrome display.