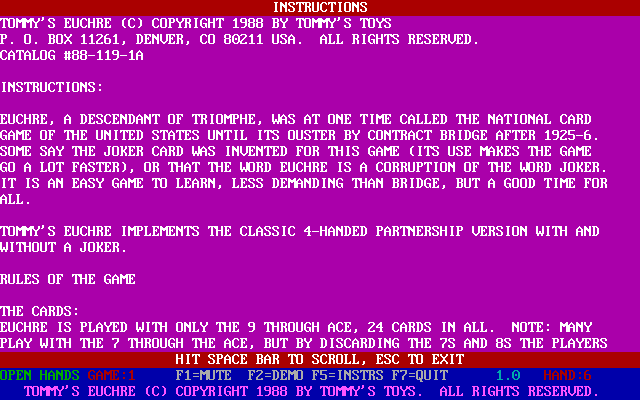 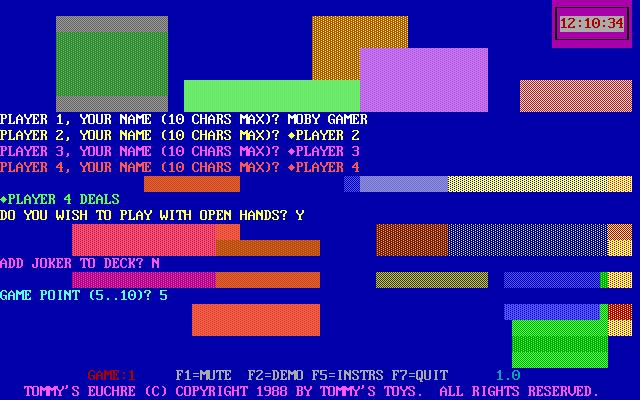 Tommy's Euchre is a shareware card game for one to four players, if less than four players participate the computer plays the remaining positions. This implementation of Euchre is played with the ace, king, queen, jack ten and nine of each suit giving a deck of just twenty-four cards though the game does provide for the optional addition of a Joker. After the deal the players bid for the chance to play, they may play with their partner or they may play alone, whichever the option the points scored are awarded to the partnership. The object of the game is to win at least three tricks to score points. If a partnership or player fails to make their bid contract penalty points are awarded to the opposition. Play ends when one side scores a predetermined number of points, set between five and ten by the player(s) before the game starts. The game is entirely keyboard controlled. It has basic sound effects and command line switches to start the game with sound turned off and to force either a colour or monochrome display.