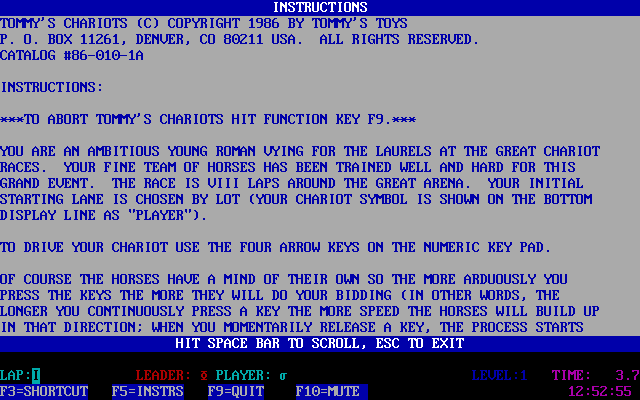 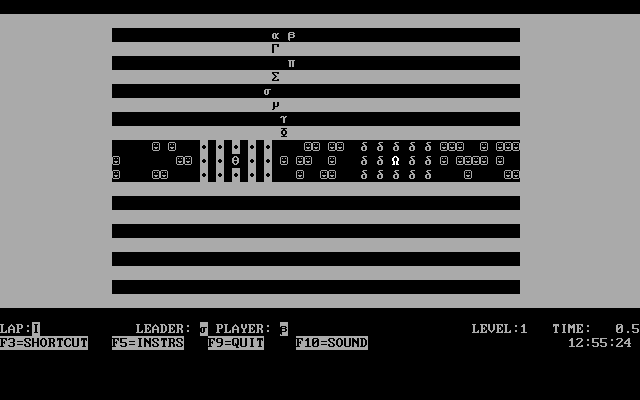 Tommy's Chariots is a shareware chariot racing game which uses character graphics. There is a nice optional start to the game with a humorous priests invocation, in text, and then the race begins. The player has to take their character, pun intended, round the stadium eight times in each race. During that race the other charioteers will obstruct and collide with their chariot. The chariot is controlled by the four arrow keys, the more they are pressed in any direction the faster the chariot will go. A documented, yet unobserved, feature is that chariots can break down in which case, in true gladiatorial tradition, the player can jump on another chariot and fight for control. The game is entirely keyboard controlled. It has nine levels of difficulty, basic sound effects and command line switches to start the game with sound turned off and to force either a colour or monochrome display