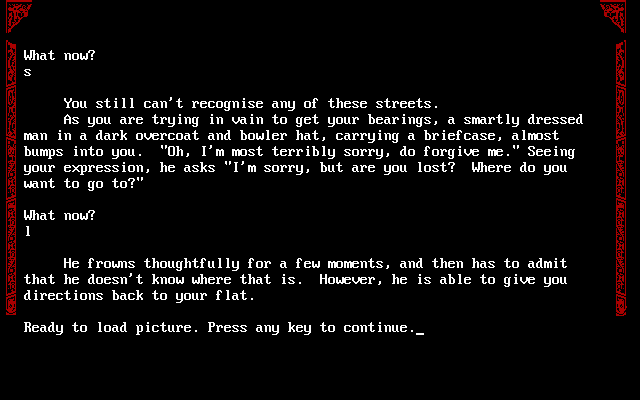 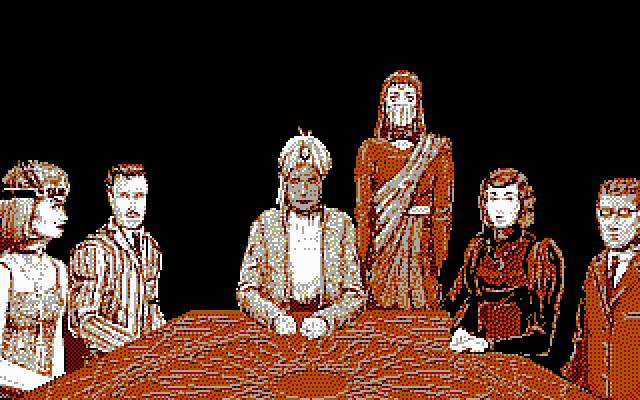 A text adventure game set in HP Lovecraft themes in 1920's. The game's character generation routine was unusual. It was an ambitious project that was meant to carry over to a game series called "Timeline" which never happened. You had to guide the character's career through WWI, professions, as he or she gets skill points to distribute. Not many games had skills at all, let alone the plethora of skills to choose from in this game. The text part of the game is a supernatural thriller where you have to escape the curse of the Hound of Shadow in 1920's London. It opens with a friend taking you to a seance to debunk. Strange things happen and you discover that you are under a curse. You research history and lore in musty bookstores, and the London Library to gather information about the Hound. As you play, you are likely to learn about mythology, and the occult, too. There is a time limit, though, the Hound will get you eventually if you don't get on the ball.