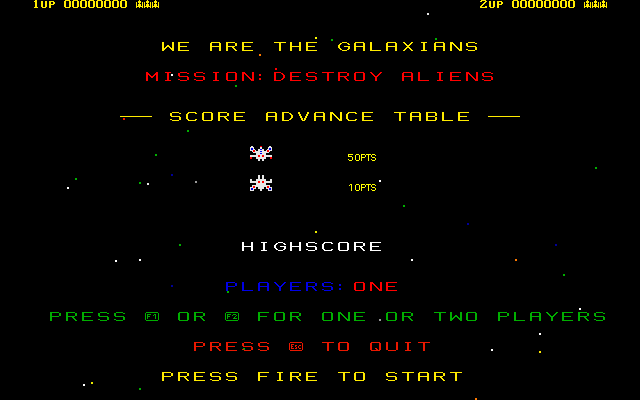 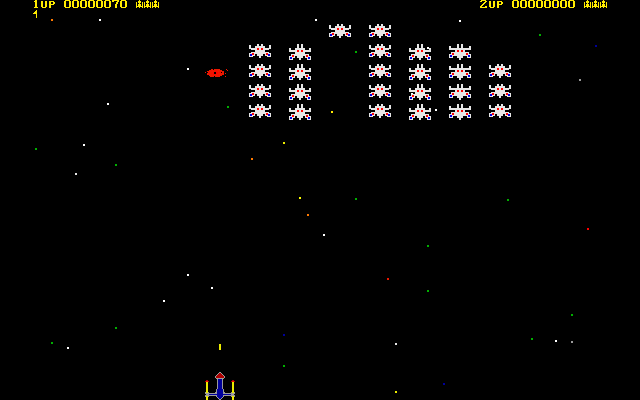 The Galaxians is a freeware clone of the classic shoot 'em up game Galaxian. The objective of the game is to achieve a high score. Gameplay is very much in the style of the old arcade games. The cursor keys move the player's ship from side to side while the Space bar fires the main weapon. The enemy ships, swoop around the screen as they attack. When a wave of enemy ships has been cleared the player starts again with the same ships in the same formation, effectively replaying the same level until all their ships are destroyed. The game is over when all the player's ships are destroyed. The game records only one high score. It is entirely keyboard controlled and can be played by one or two players.