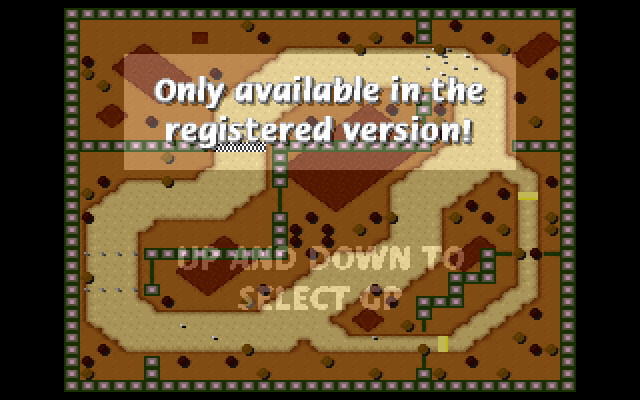 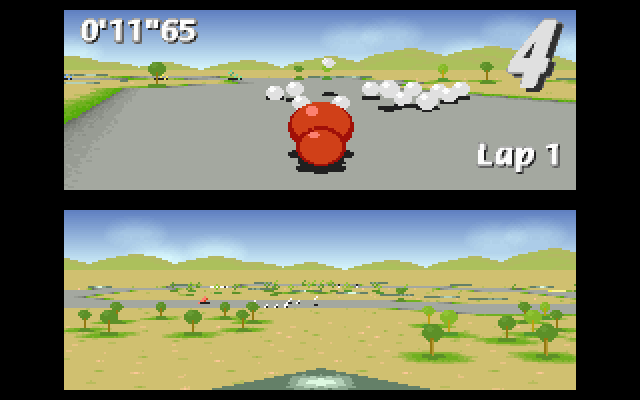 Super Worms is a 3D game in the vein of Super Mario Kart. The game has two game modes. In the racing mode, up to two players (and a number of AI racers) can race their worms on a race track filled with power-ups. In the battle mode two players can try to beat each others worm in a death match arena with various power-ups. In both games the worms consist of a number circular segments which can be removed by hitting them with the right powerups.