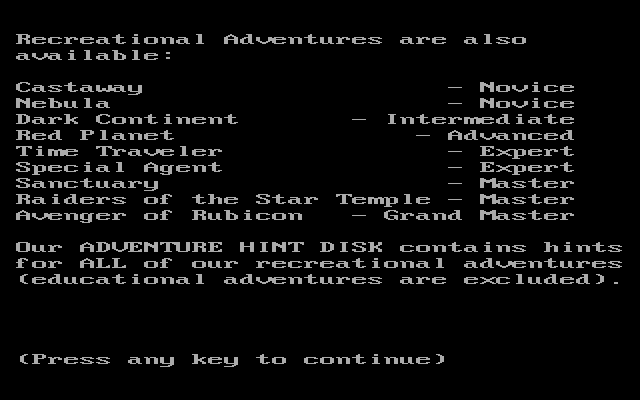 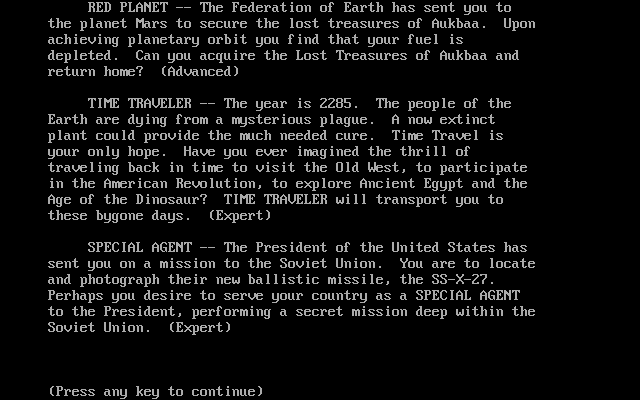 Special Agent is a single player, interactive fiction adventure game. This game is one of a series of recreational adventure games from Conrad Button and is classed at a difficulty level of 'Expert'. The player takes the role of a secret and very special American agent. The president calls personally to ask that you go to Russia to get pictures of a new rocket they are testing so off you go. As with most games of this genre commands are usually two word affairs, 'Go Taxi' 'get Camera' and so on. Some common commands such as directions, up and down can be shortened to single keys n, s, w, e, u, & d. The game has no graphics at all but it does have a save game feature