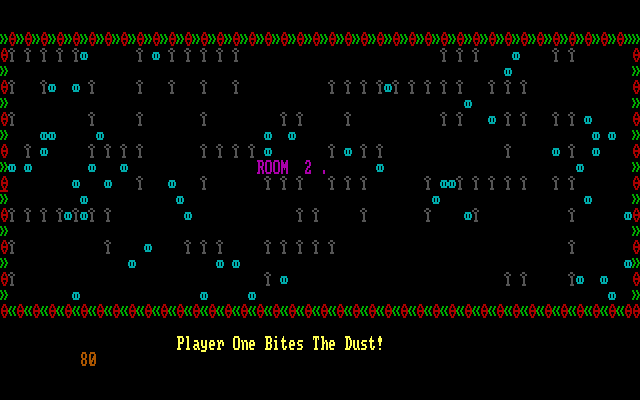 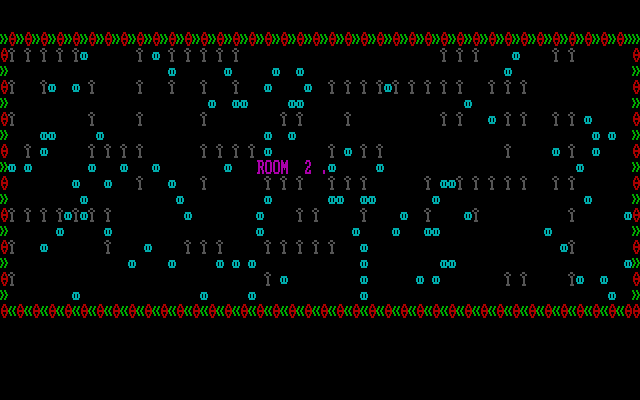 Snakes is a Tandy 1000 BASIC game firmly in the 'arena collector' tradition: you control a continuously-moving critter roaming a fenced-off area, whose task is to pick up as many collectibles as possible without dying in the process. To survive, it is enough to avoid the edges of the playfield and the spiky, sharp-looking protrusions strewn throughout it. The title may lead one to expect a Snake-type game where the creature's body grows as it feeds; this is not so -- your on-screen incarnation always occupies a single grid position. Only one level is included, and you're granted five lives to make the most of it.